​Postindustrial urban spaces are the result of numerous complex social, environmental and industrial processes that have played out over long periods of time. Historical perspectives on postindustrial cities are fundamental to understanding these process, and to developing solutions to the ongoing challenges these cities face.

Archaeology and the Postindustrial City

•    Deindustrialization is recent phenomenon; archaeologists have only just begun working to understand this process and its consequences through material culture in the form of artifacts, ruins, historic buildings and landscapes.
•    Archaeologists working in postindustrial cities can reveal lost neighborhoods through physical evidence and unearth buried stories of past people and places that are not preserved in written records or photographs.
•    Archaeologists can also bring the process of archaeological discovery and understanding to the public through classroom and field-based public archaeology projects. 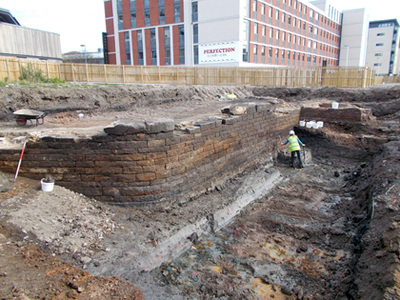 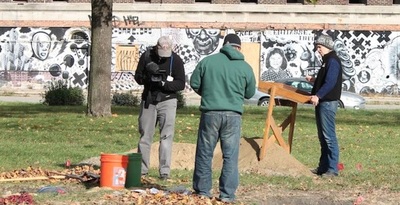 •    Geographers have developed HGIS models, digital map-based reconstructions that explore the past at much larger scales - covering entire cities or landscapes (like the Keweenaw Time Traveler).
•    Despite their wide coverage, HGIS models also incorporate fine details about life in the past. An HGIS places digitized historical information (such maps, census information, school records) together within a representation of real-world space, allowing us to connect that space with historical details specific to it.
•    Because it is computer-based, an HGIS can be disseminated to a global audience though the internet and facilitate participation by that audience, allowing people to explore and share their own history and identity.

•    Postindustrial cities are closely associated with brownfields. These are places that once hosted some kind of activity, often industrial, but now stand idle, underutilized, or even abandoned. Brownfields are also often contaminated by pollutants generated by past industrial activity.
•    Development pressures on vacant land are strong in urban areas, but pollution complicates, delays, or even prevents the re-use of brownfield land .
•    When cleanup takes place, it is directed by environmental specialists and environmentally focused government agencies. 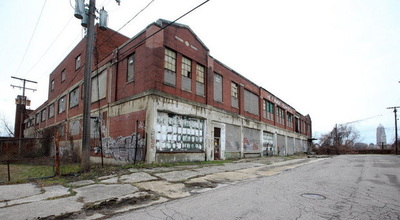 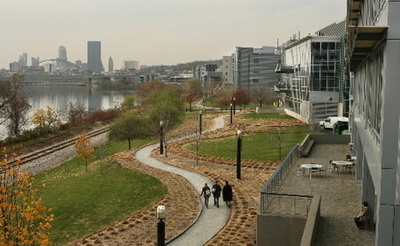 Towards an HGIS-Augmented Archaeology of the Postindustrial City

​Closer cooperation between the public, archaeologists, historians, environmental specialists and developers leads to

An HGIS model of a postindustrial city can be a valuable tool to foster such cooperations by incorporating historical, archaeological, and environmental data in ways that facilitates a deeper historical understanding of brownfields among a diverse group of players. Just as importantly, this information can be contextualized at the landscape-scale to understand how multiple sites within a postindustrial city serve as components of broader historical, environmental and social processes active in the present. Each player contributes to the HGIS in different ways:

Such an approach informs not only research but also public engagement, heritage management and sensitive redevelopment practices that not only reclaim brownfields for new uses, but also foster a stronger sense of place through the sharing and celebration of local history. For postindustrial cities, often struggling to reestablish a positive identity, this process serves as an important way to both come to terms with the past and work towards a more prosperous future.